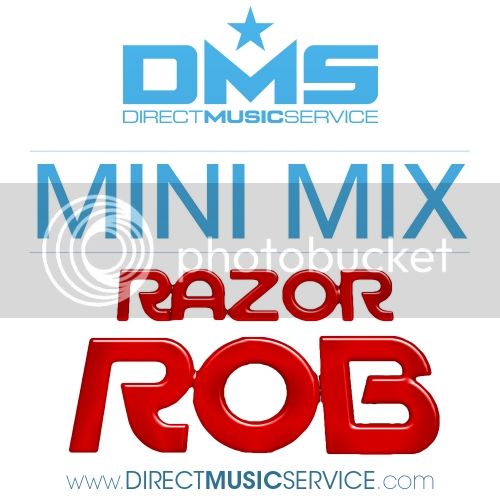 Mix #140 we have RAZOR ROB from Las Vegas, Nevada. He grew up in San Jose California lived there for most my life, then moved to las vegas in 2004. He started dj’ing out of high school (class of 88). He met Jazzy Jim at a local DJ battle where he was battling Q-Bert and Dave Meyer and many more. Jazzy Jim mentored him on his quick mixing style and how to keep the energy up. He eventually put together an hour mix that was aired on Hot 97.7. Since then he’s been on several radio stations from wild 94.9, to 106.1 keel (chuy gomez midnight mix) kdon in salinas also mixshow coordinator (kdon) power 88.1 in las vegas, and wild 102. He has many residencies in Vegas and out of town.

He has been doing edits for 8 years now as well as original production. He has been djing for over 24 years now and still gets goose bumps or sweaty palms that makes him feel alive. He loves to play open format and put it all together to make sense. Special thanks to the D.M.S. squad and much love to all the dj’s/editors/producers on the site, this is the best place to get any type of music they have it all! Download & Listen to this exclusive mix he made for us here at DMS.

For more information about RAZOR ROB click the links below:

10.Got To Be Good-Peter Gelderblom & Randy Colle